So I belive my body control module is bad in my 1997 Grand Prix I have an issue where the windows won’t go down but the switches light up, radio doesn’t work but clock comes on, sunroof doesn’t open, interior lights don’t work, and no chimes work either. I’ve replaced the ignition switch and that did not solve the problem. I’ve checked all fuses and relays and they’re all fine. I called the parts store today and gave them the number on my module and they said it wasn’t the same as any they had listed for grand prixs I’m beginning to wonder if someone before me replaced it with one from a chevy venture van because the numbers match up. The numbers are 10293827 Any ideas?

This link says it has multiple applications including your car 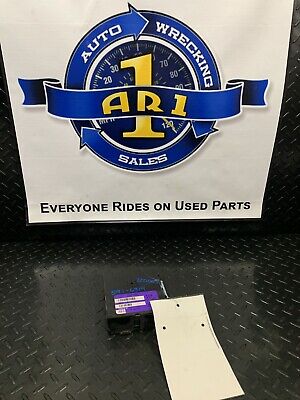