Menu
Log in
Register
Navigation
Install the app
More options
Contact us
Close Menu
You are using an out of date browser. It may not display this or other websites correctly.
You should upgrade or use an alternative browser.

I am looking for some input on a reduced power issue I've been dealing with this since about Mar 8th. All occurrences trigger and light the LED with 'reduced engine power' & 'service traction control'. I want to note that prior to the 8th, I had noticed the ABS unit engage during normal braking. The incidents were very infrequent, and typically at low speeds while turning the wheel. I replaced the wire lead and connector on the driver front hub, and I believe has been solved. I've not driven as much and I believe one is not effecting the other, so we'll see. But.... on to the codes.

Today with air temp 70 deg F, while waiting at a stop light, the alarms triggered in the same sequence: 'reduced engine power' & 'service traction contorl'
I removed and inspected the engine wire harness for possible ground issues. (also because it was pretty soaked on the belt side from a leak at the CV axle trans seal) No wire or connector issues found. This was done just after the first occurrence.
I cleaned TB butterfly and intake up to it w/ CR throttle body cleaner somewhere the week of Mar15 through 19th
I've driven it around, somewhat tenuously, and often had no occurrence of the alarms.
The system has always reset at restart, no matter what. It may trigger again shortly after restart, but lately it happens less frequently and as recent as Wednesday, drove 36 miles round trip with no problems.
I have purchased a TB gasket, intake manifold gasket set, and am prepared to clean the TB, and intake plenum. Last Monday on the cold morning, was when the P0305 appeared, and it has not reappeared in subsequent scans. I only mention is as it occurred that morning.

I have viewed several YouTube videos around this subject, but there sees to be a few different things that could trigger this. The very first print out I got at AutoZone, when I used their scanner, had a 'master mechanic' suggestion to "check the wiring on the passenger side". It did not identify any specific circuit, just check the wiring. Of course the codes suggest that pedal or the TB sensor, which would mean a new TB as the sensor is not available separately.

Let me know questions and thoughts. Looking for some reassurance before I move ahead. Seriously considering buying a rebuilt engine and transaxle at this point too, as I'm pretty sure both have close to 180,000 mi on them. Not sure as I don't know how many they had when installed a few years back.

Deeper scan issues revealed the EVAP sys failed on emissions scan. Oooh, BTW I have Fixed OBD ll scanner onboard and that is where I am getting the current scans listed above. 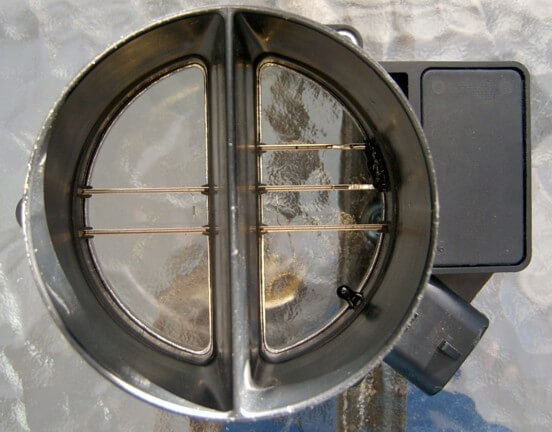 How to quickly diagnose, repair, and info on symptoms and causes of a P0102 MAF mass airflow code which indicates a low condition in the MAF circuit.
www.obd-codes.com
Then the 1125 and

The Accelerator Pedal Position (APP) sensor 1 and the APP sensor 2 are potentiometer type sensors, each with the following circuits:<br /> • A

P2138 Code Definition Throttle/Pedal Position Sensor/Switch D/E Voltage Correlation What the P2138 code means The P2138 trouble code indicates that the Engine Control Module has detected a malfunction within the D and/or E...

Not sure why you bought all those parts since they dont seem related to the codes.
Napa lists the pedal sensor as Not part of the TB

I JUST fixed this exact problem on my 2008 3.8 v6 prix, i went to the salvage and got a TB and a Accelerator pedal from one of the salvage cars and changes both because i had codes on for the TB and the pedal , did the relearn procedure afterwards and now my car runs fine , i had like 20 codes on my car until i changed the TB and pedal now i have 3. CHANGE THE PEDAL it’s easy , 2 10mm bolts hold it in and unplug it from the harness and your good.
Share:
Facebook Twitter Reddit Pinterest Tumblr WhatsApp Email Share Link
Top